I travelled east last weekend to the Winthrop area to partake in yet more biking, hiking, and camping with the Velomihottie.  This time, we car camped, taking the bikes on the trunk rack and ended up staying in Nice, which turns out to be a campground in addition to being a cycling Mecca on the French Mediterranean.  The campground was a simple 3 unit affair that offered a great deal of shade, which would be handy in the summertime, but meant that it warmed slowly for us from the cold fall mornings. 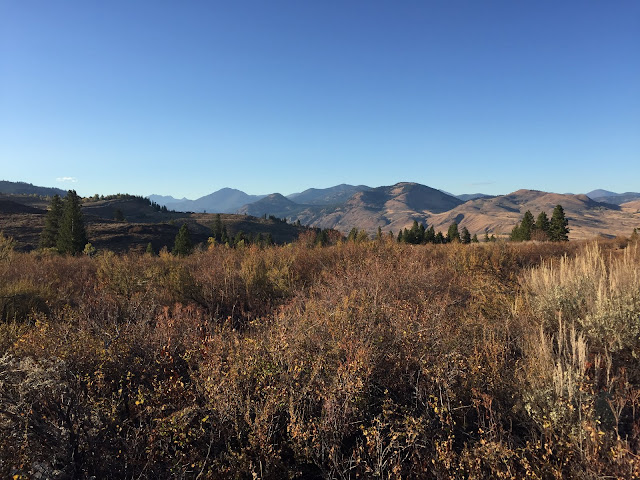 The first morning, we rode up Eightmile Road after a hot breakfast and coffee and tea to warm us up.  The road surface changed from pavement to gravel within the first couple miles.  As is often the case with roads that follow rivers up a valley, the rise in the road is almost imperceptible, except that here, the false flat and gravel conspired to give the initial part of the ride a feeling like wheels had been dipped in sticky honey.  However, gorgeous views of colorful fall foliage on the valley walls beside awaited us every time the view opened up.  Even when secluded in deeper forested sections, the dry air brought a delightful scent of sage to our noses, which are more accustomed to the heavier wet air west of the Cascades. 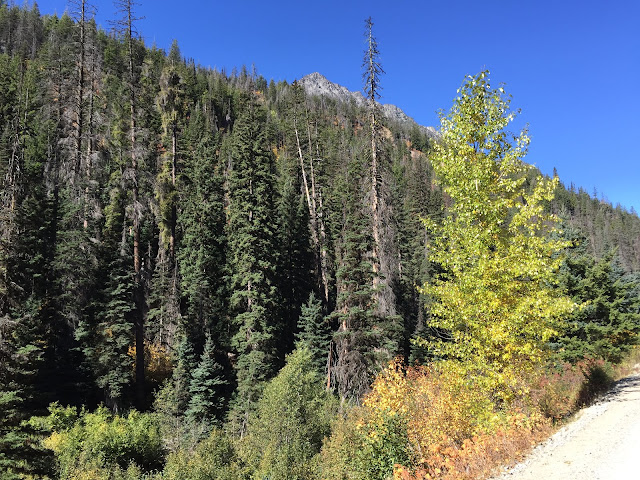 As the road continued on, it began pitching up and flattening out at irregular intervals, accompanied by the sights, sounds and smells of the open pasture that this area is a part of.  We encountered several cows and calves along the route, who mostly seemed to not mind us riding through their midst. 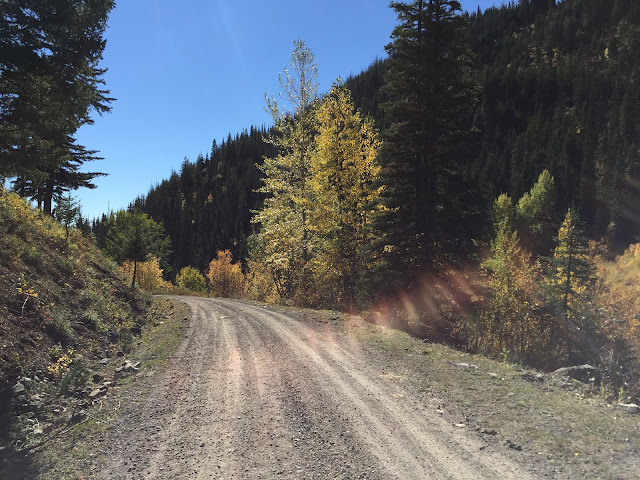 On gravel roads such as this, often the descent can be more hair raising than riding up.  On some of the steeper downhill sections, the washboard road surface which had been only mildly annoying on the ascent as one tried to keep traction down became a major source of full body vibrations which on a couple of occasions made me feel like my head was buzzing acutely in a way that was somewhat like being tipsy.  But we both made it down with no more significant issues, trying to pick the best line between washboarded tire tracks, the less washboard but more rocky center, and pine needle covered edges that were less bumpy but not the greatest for traction. 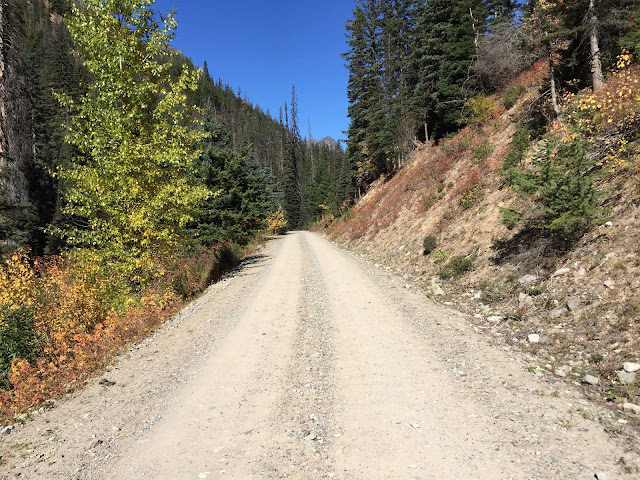 All in all a great ride in a Nice area that was new to me and very unlike the riding anywhere west of the Cascades.