I recently purchased a Bianchi that’s actually a vintage bike.  I kind of had my eye on another previously that I never responded to while waiting for the price to go down.  In between that and finding this one, I had also painted 3 bedrooms in the remodel a color very close to Bianchi celeste that my wife had selected.  One could say I was intoxicated by taking in so much.  It was advertised on the local Craigslist as a 1980 Nuova Racing but, based on the serial number, seems to have been constructed in ’82. 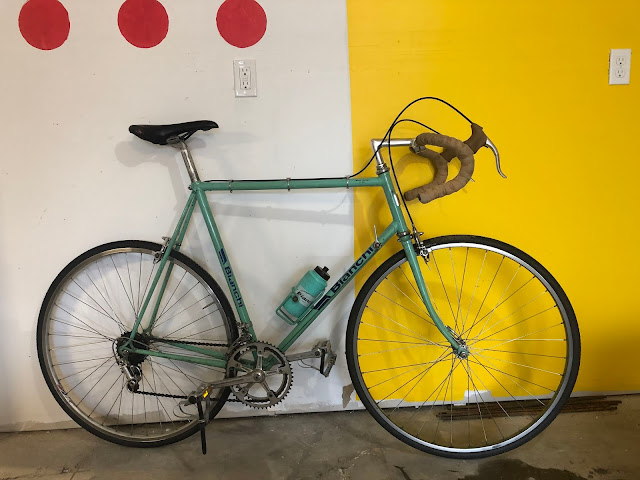 It was the kind of bike I lusted after as a 14 year old mowing lawns to afford second hand Peugeots, with those beautifully sculpted pearlescent aluminum Campagnolo shifters and derailleurs.  As I recall, I so wanted Campy components on the Schwinn Prologue frameset that I finally saved up for with pizza making money that I built it with a similar front mech as my “new” Bianchi because it was the least expensive Campagnolo part in the Performance catalogue. 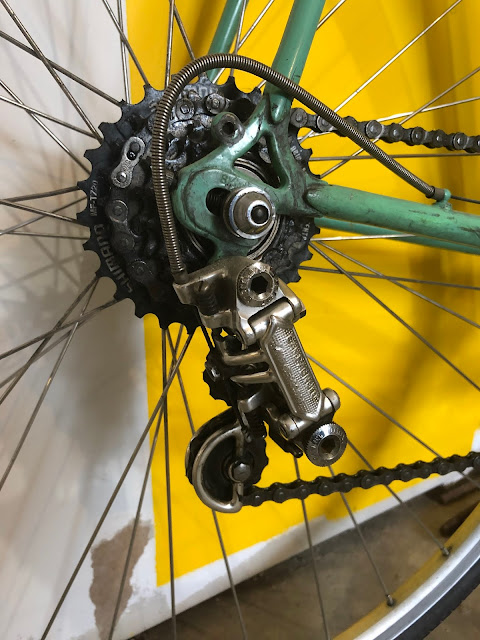 This bike is more than a little rough, but seems to be largely the same machine component wise it was when it rolled off the show room floor in 82 or 83.  My biggest concern is that the originally brazed on top tube brake cable guides have been covered over by clamp style guides.  I haven’t even taken the clamps off yet to inspect them due to more pressing projects like painting and moving into our whole house remodel.  Where the heck did I put my sockets and wrench roll?!  Depending on the damage, I’ll decide what to do with the bike. 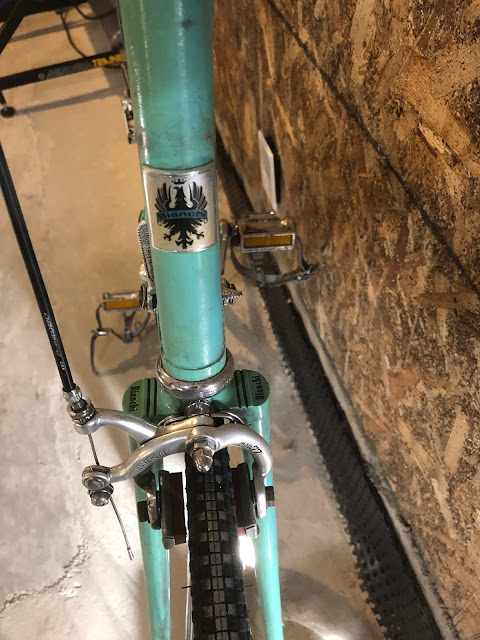